In July this year the UK’s Financial Conduct Authority (FCA), the regulator primarily responsible for the good order and conduct of UK Financial Markets, announced that from the end of 2021 it would no longer require banks to make submissions to the calculation of the daily LIBOR rate. This announcement has effectively consigned LIBOR to the scrap-heap from 2022 onwards. Until that time, the so-called “Panel-Banks” will have to make daily submissions in support of the calculation of LIBOR, through a process which is administered by the International Commodities Exchange, ICE. 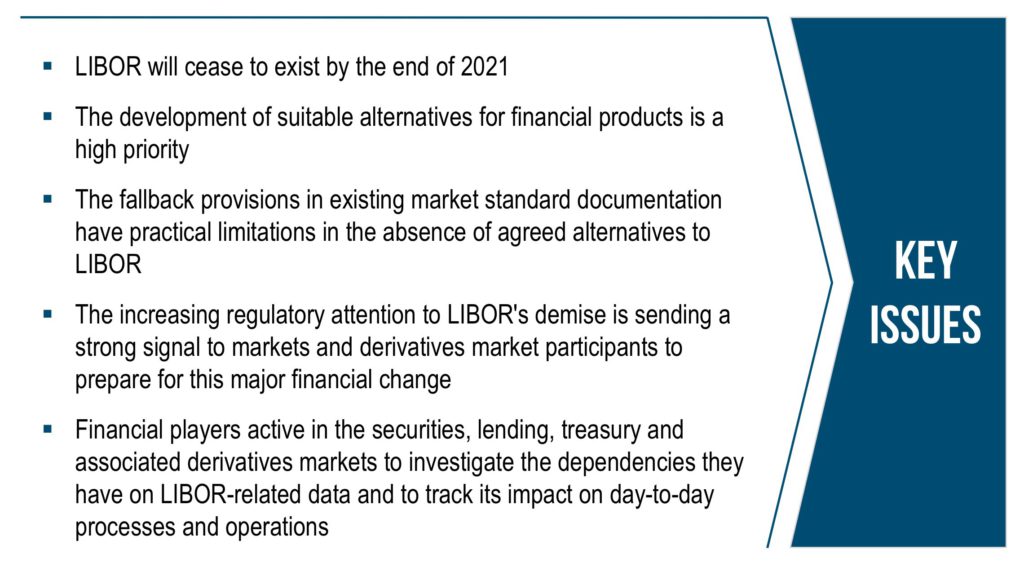 Banks have been reluctant to participate in this process. Doubtless in part, this is because the LIBOR rate has been associated with a number of high-profile scandals, resulting in prosecutions and fines for individuals and banks; but primarily the job of determining an accurate unsecured interbank lending rate has become harder as banks have developed more sophisticated funding mechanisms. It is fair to say that unsecured interbank lending has become a minority activity, although the rates underpinning this, in the form of the LIBOR benchmark, remain the cornerstone of bank and corporate lending globally.

What is going to replace LIBOR in the long-term?

The FCA’s announcement in July had been preceded by a period of dialog with banks and other market participants. The conclusion the FCA came to, was that reference to LIBOR had persisted because there had never been any serious adoption of a credible alternative. Over time the herd instinct had therefore prevailed in the market and a massive preponderance of LIBOR-dependent instruments emerged. To a certain extent, the dominance of the LIBOR-dependent market in USD and GBP instruments meant that liquidity was enhanced, making it harder for alternatives to take hold. It might also be said that until the abuses of Benchmark-setting process emerged from 2010 onwards, not enough thought had been given to the role of benchmarks in the system and their importance to overall market confidence and stability.

The FCA also concluded, together with other regulators and market representatives, that the status quo had to give way to more representative and transparent proxies. The question was how would this be achieved?  We may expect that any successor benchmarks to LIBOR will comply fully with the 19 principles laid down in 2013 by the International Organization of Securities Commissions (IOSCO). In addition, the Financial Stability Board (FSB) set up a working group, the Official Sector Steering Group (OSSG) which has recommended a two-pronged approach to establishing Interest Rate benchmarks going forward:

This is generally referred to as the “Multi-Rate” approach. While these may well be a starting point for an alternative rate, they do not currently address the forward-looking element for specified terms. For significant and active market participants, the key question that needs to be answered is how is the transition from the status quo to the new benchmarks going to happen? This centers around the drafting of standard agreements and definition of terms embedded within those agreements to take account of the fact that the primary benchmark may no longer exist after a certain date, requiring reference to a Fallback benchmark, once that date has passed. Clearly, a number of market-wide agreements need to be struck before individual market participants can usefully start judging the impact of these changes upon their own operations and planning to adjust to the new world. These are expected to address the following main areas, affecting market structure:

Obviously, the risk is that not enough time is left before the demise of LIBOR to adequately adjust businesses. But until the market settles on alternative benchmark, a period of uncertainty beckons.

While the market does seem to be in agreement it is premature to attempt to craft a definitive solution now, the only certainty is that there is going to be a new market standard. LIBOR has been a part of the financial landscape for well-over 30 years and in that time, it has become a key reference point for a wide range of sell-side and buy-side activities. As such, it has arguably become a lot more than “just another piece of reference data” sitting within multiple systems and subject to periodic update.

At the very least, it would be wise for banks active in the securities, lending, treasury and associated derivatives markets to investigate the dependencies they have on LIBOR-related data and to track its impact on day-to-day processes and operations. As starting points banks should consider actions such as:

LIBOR is important, but what does it actually mean for Me? My bank?

Tired of never ending chatter about how important LIBOR will be? Get real on business impact into the hands of your leadership team now. We can help to assess your organizational readiness for the benchmark rate change. For more information on how we can help you analyze impacts and to successfully deliver change program, or learn more about lessons learned in managing the change with our Regulatory change experts, contact us. 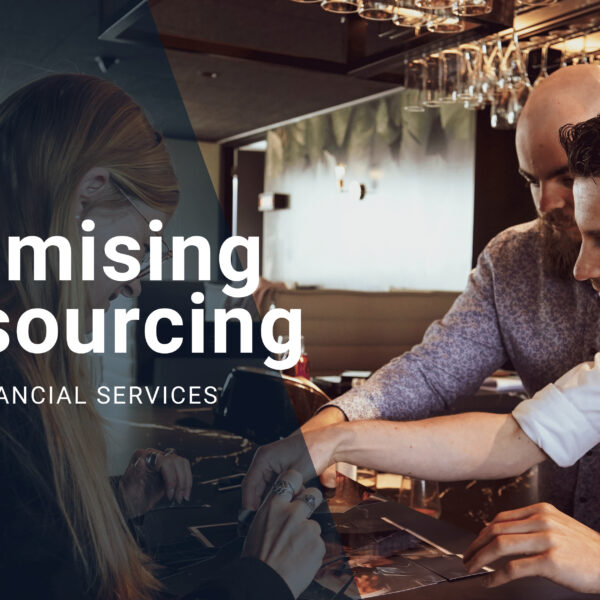 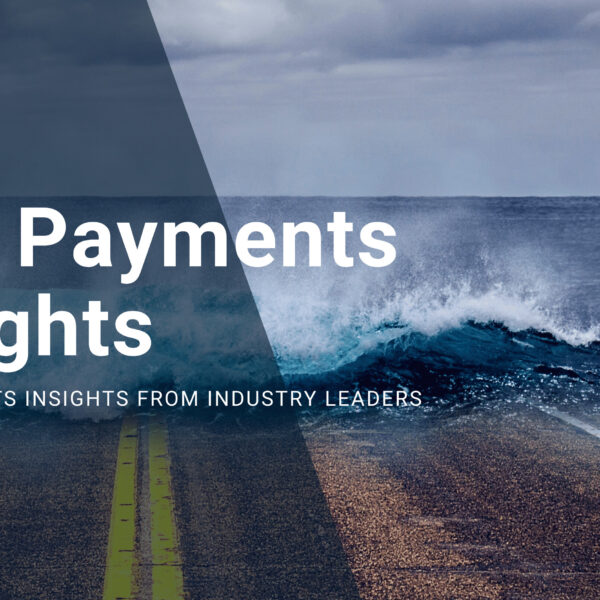 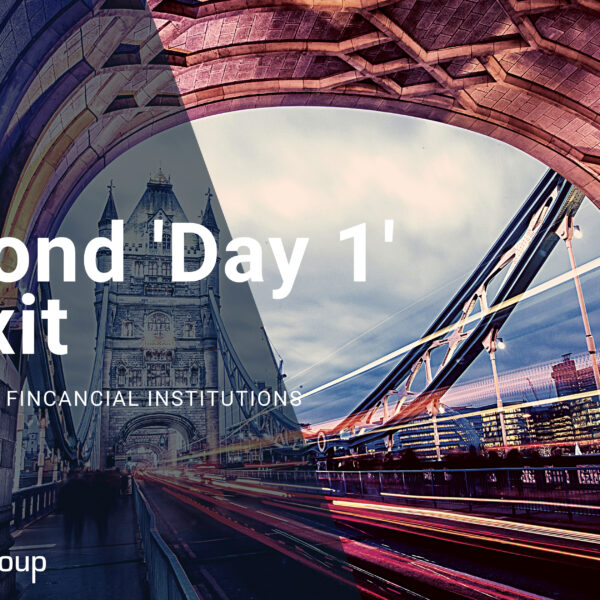 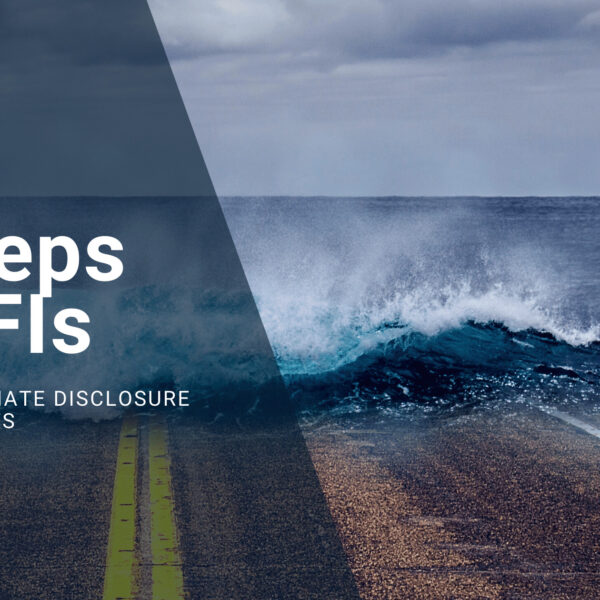 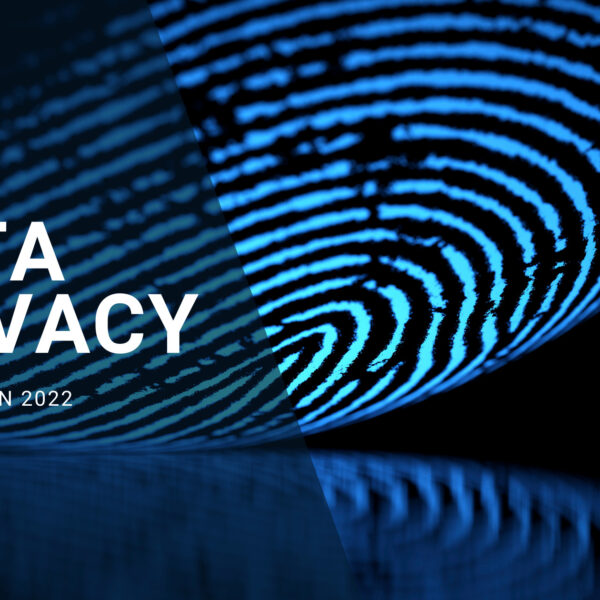 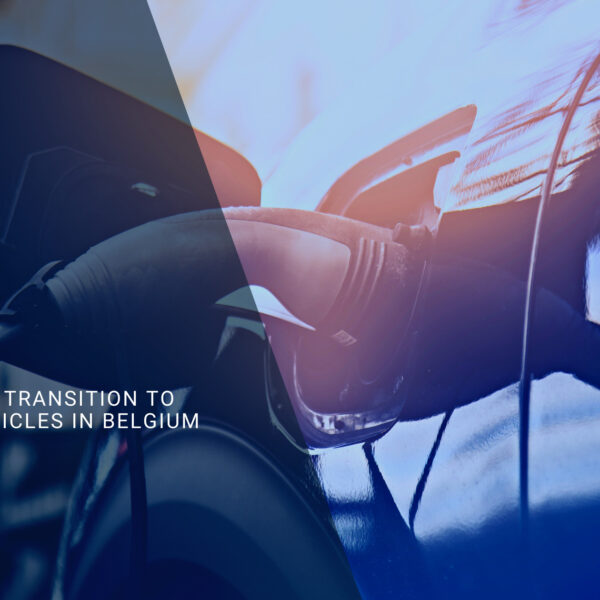 A company’s transition to electric vehicles in Belgium